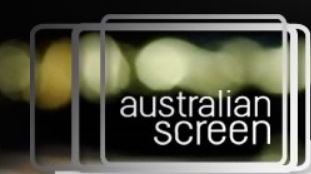 Billy Hughes at War Conscription is compulsory enlistment in the armed forces. This means that if you are conscripted you have no choice but to join the armed forces. In 1916, Australia had compulsory military service but conscripted men could only serve within Australian territory. Billy Hughes wanted to extend conscription so that men could be sent to reinforce the front line in Europe.

Anzacday.org   The information that follows examines the impact this conflict had on the fledgling Australian nation. A range of issues, such as: the male population’s reaction to recruiting drives; Gallipoli, where the national character was tested and found not wanting; the government’s wider range of powers over some aspects of people’s lives; effects on the economy, and the changing role of women has been addressed and enhanced with cartoons, posters and photographs from the time.

Prime Minister William M. Hughes's address to the nation, asking Australians to support the 1916 conscription referendum: 'Since I cannot personally visit every centre, I take this method of appealing to the whole of Australia to vote "YES." [...] I warn you to beware of the enemies in our midst, the agents of treacherous Germany.'

This clip is an excerpt from a cinema advertisement, part of the government's campaign for the 1916 conscription referendum during the First World War.

According to a fact sheet by the National Archives of Australia, 'voters were asked in October 1916, and again in December 1917, to vote on the issue of conscription. Universal military training for Australian men aged 18 to 60 had been compulsory since 1911. The referendums, if carried, would have extended this requirement to service overseas [...] The 1916 referendum was defeated with 1,087,557 in favour and 1,160,033 against