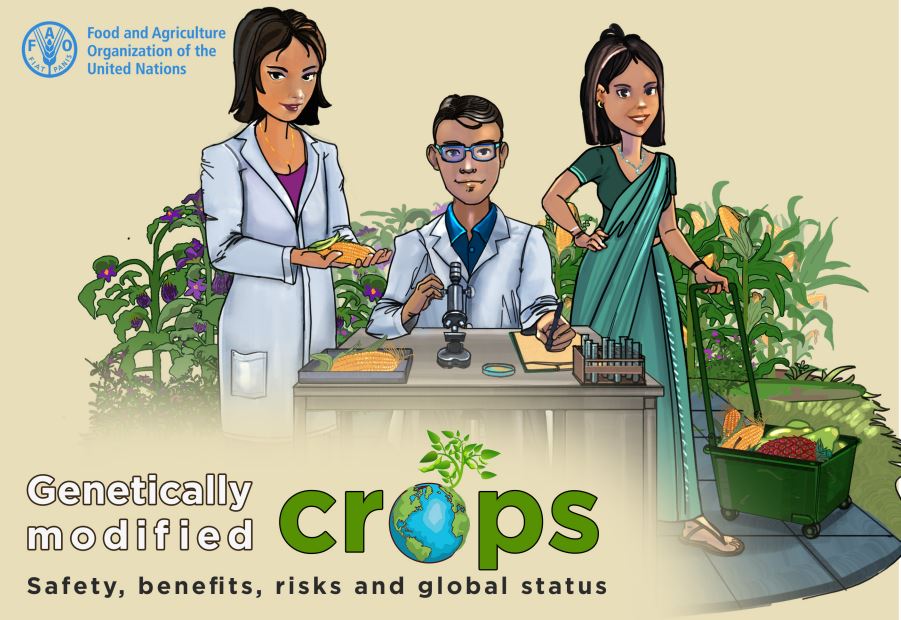 Genetically modified (GM) crops are a new addition to crop varieties developed through traditional methods such as breeding, selection and mutation. Given their novelty, there are safety concerns among the public, scientists, and regulators, although the benefits outweigh the risks. Among the potential risks are pests becoming resistant, crops gaining weediness and GM foods posing safety issues to both human and animals and these are studied extensively.

Are Genetically Modified Crops the Answer to World Hunger?

This factsheet is an introduction to the regulation of GM crops in Australia. It is supported by a suite of factsheets with more detailed information for anyone with an interest in or concerns about GM crops.

Environmental Risk Assessment of the Products of Biotechnology.

Many of the most challenging ethical questions of our time address interactions between human health and the environment: Opponents of GM crops, foods, and animals are concerned that they pose unacceptable risks to human health and the environment. Some people oppose all GMOs for religious or philosophical reasons because they view genetic engineering as “playing God.”

Genetically modified organisms, or GMOs, have had their DNA artificially modified by humans, using modern genetic manipulation techniques. By changing the DNA, so changing the genome of an organism, means we can change its characteristics.

Are GMOs bad for your health? Or is this fear unfounded?

An in-depth look at genetically modified food is featured.

For thousands of years, humans have been using traditional modification methods like selective breeding and cross-breeding to breed plants and animals with more desirable traits.

How GMO crops impact our world

genetically modified organism (GMO), organism whose genome has been engineered in the laboratory in order to favour the expression of desired physiological traits or the generation of desired biological products.

A genetically modified organism, or GMO, is an organism that has had its DNA altered or modified in some way through genetic engineering.

A GMO is any organism that has had its genetic material intentionally changed. This could mean adding a useful gene to the organism, or removing a harmful one. While the most commonly seen GMOs are vegetables and fruits, the term also refers to bacteria and viruses that have modified DNA or RNA (depending on their genetic makeup).