Mary Gallagher entered the Good Samaritan Institute in 1927. Her intellect was recognised early and she was enrolled in a Bachelor of Arts at Sydney University. She competed a BA Dip Ed majoring in History and Latin, English Mathematics and Economics. 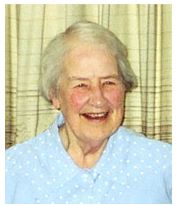 Regenbah- An oasis of peace, calm and spiritual nurturing

Regenbah- The first community of Good Samaritan Sisters at Pennant Hills moved into “Regenbah” on March 19, 1925. At that time, the stately Federation-style home which had been modified to suit the sisters’ needs, was situated on 56 acres of bushland.

A History of the Catholic Faith in Pennant Hills- The airy, solid brick building of the Mount Saint Benedict Novitiate was opened by Archbishop Kelly in 1926

John Bede Polding (1794-1877), Catholic archbishop, was born on 18 November 1794 at Liverpool, England. His father was of Dutch descent and his mother came from the Brewer family, recusants since the sixteenth century.

Mother Mary Berchmans McLaughlin As the first Australian-born Superior General of the congregation from 1898 to 1916 she oversaw an era of great expansion for the congregation, establishing thirty new foundations in four states.

Mother Berchman- Opening the door to a saint

John Polding was a man of deep and abiding sanctity, generous and warm-hearted though not without some reserve, and a born missioner who scorned every personal hardship to bring religion to his widely-scattered and underprivileged flock. His vicariate included the whole of Australia and in time he visited nearly all its major centres.

Sr Helen Lombard, Superior (1981-1993), continued to guide the schools into a new form of governance. By 1993 each of the ten Good Samaritan schools in Australia was incorporated as a company limited by guarantee and governed according to a Constitution.

The naming of the Magdalen Centre Port Pirie- Old_Scholars_Newsletter_-_September_2015

Things Both Old and New 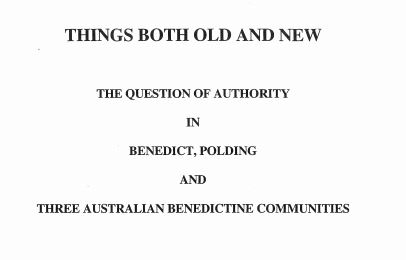 In both Church and society, nineteenth century Australia was marked by tensions and questioning of authority as white society established itself and began its development. John Bede Polding, an English Benedictine monk, came to Australia in 1835. He later became the first Catholic Archbishop of Sydney. Full of missionary zeal, Polding was fired with a desire to build the Australian Church and to establish it strongly within the Benedictine tradition.

Mother Catherine Mercovich (17 March 1899-12 May 1977) was already a prominent figure in the Catholic Church when she embarked on the mission to Nagasaki. She was the superior of the first group of Good Samaritan Sisters to visit Japan at the end of the Second World War, setting sail on the SS Shangte on October 15, 1948, from Sydney, embarking on a prolonged 33-day voyage before arriving in war-torn Japan.

The Father of Western Monasticism, and the creator of the Rule for monastic life, he had a passion for developing the monastic order into a family unit helped transform the status quo of monastic life and developed a way of life still visible to this day. Stay tuned as we discuss the early life, his first introduction to monastic life, a failed first attempt at being abbot that left his followers trying to poison him, and finally how all of this affected his creation of the Rule and how he implemented it in the first Benedictine monastery. 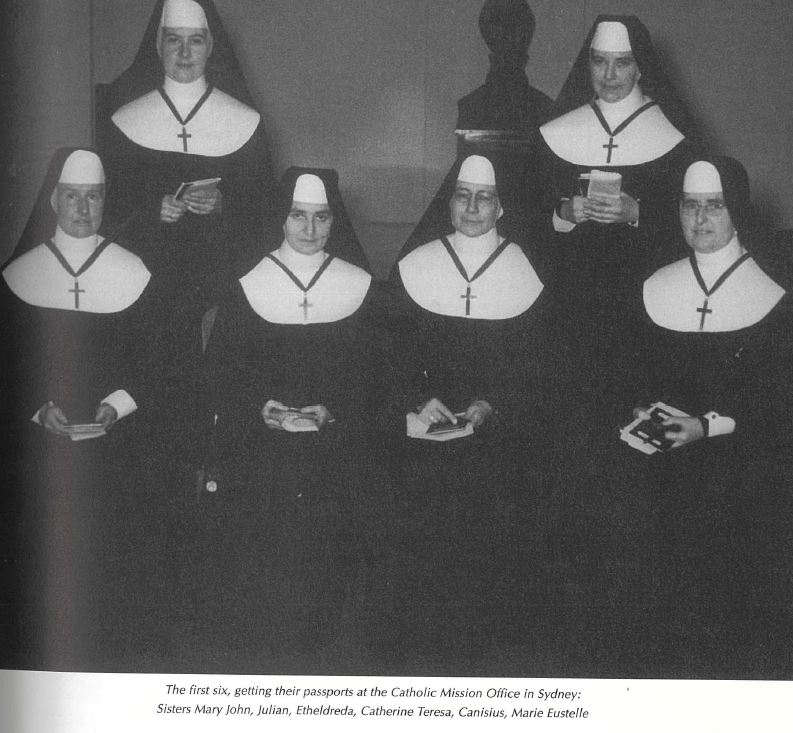 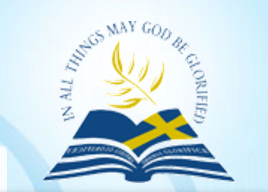 We the Sisters of the Good Samaritan, are religious women whose desire is to seek God. Our spirituality, nourished by the ancient Rule of Benedict and the Good Samaritan parable, is expressed in our commitment to community life, prayer, justice, hospitality and compassionate service. We take seriously Jesus’ Gospel command to go and be neighbours.

Catherine Teresa Mercovich Seventy years ago this month, six Good Samaritan Sisters set sail for Nagasaki, Japan, to respond to the need of the people there in the wake of the atomic bomb dropped on the city in 1945

Catherine Teresa Mercovich When Sister Clement Baseden, who turns 88 this month, is asked how she looks back on her long and rich life, she leans forward in her chair, gives a big grin that lights up her face, and says, “Well it hasn’t been boring! 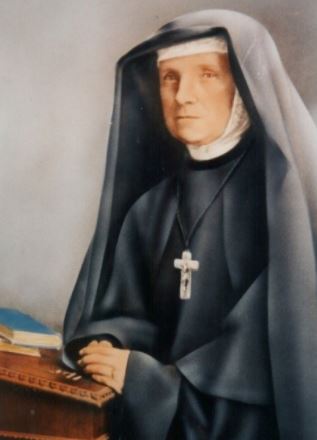 Geraldine Scholastica Gibbons (1817-1901), mother superior, was born in Kinsale, County Cork, Ireland, daughter of Gerald Gibbons, who was connected with Daniel O'Connell and most of the Cork gentry, and his wife Mary, née Sughrue, niece of the bishop of Ferns. Educated in Cork she arrived in Sydney with her family in 1834.

Born and educated in Ireland, Geraldine Gibbons arrived in Sydney, New South Wales with her family in 1834. She and a sister joined the newly-arrived Sisters of Charity, and on 17 July 1847 Geraldine was professed as Scholastica, beginning work in the Female Factory at Parramatta. On 9 April 1848 she went to Sydney to establish a home for penitent women in Campbell Street. The home was moved to Carter's Barracks in Pitt Street in March 1849.

An outstanding model for women in authority

Obituary- DEATH OF REV. MOTHER M. PLACID. By the death of Rev. Mother Mary Placid Caulfield, the Sisters of the Good Samaritan have lost one of the most beloved members of the Order in New South Wales

Significant pioneers in the Catholic Church of Australia

St. Scholastica, sister of St. Benedict, consecrated her life to God from her earliest youth. After her brother went to Monte Cassino, where he established his famous monastery, she took up her abode in the neighborhood at Plombariola, where she founded and governed a monastery of nuns, about five miles from that of St. Benedict, who, it appears, also directed his sister and her nuns

Reflections on some of the letters of Archbishop Polding.

RELIGIOUS ARCHIVES AND THE SISTERS OF THE GOOD SAMARITAN