According to historians, modern dance has two main birthplaces: Europe (Germany specifically) and the United States of America. Although it evolves as a concert dance form, it has no direct roots in any ballet companies, schools or artists. Modern dance emerges as a consequence of its time, alone and outside any academic institution.

Isadora Duncan’s first European performance took place in London. By the time she died in a freak accident in 1927 (strangled by her scarf when it caught in the spokes of a car wheel), Isadora had become an international celebrity and her radical notion of a dance form that replaced academic strictures with intuitive inspiration was set to become a central theme of twentieth-century dance.

A brief discussion of Contemporary Dance 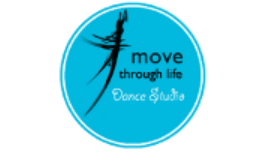 To understand ‘contemporary dance’, it’s helpful to know where it came from.  Originally starting as a reaction against the strict rules and regulations of ballet, contemporary dance began in the late 19th century with artists like Isadora Duncan and Ruth St Denis, and later Ted Shawn, Martha Graham and Doris Humphrey.  At the time, these emerging choreographers and the dances they created were known as ‘modern dance’.

TIME magazine named Martha Graham “Dancer of the Century,” and People magazine named her among the female “Icons of the Century.” As a choreographer, she was as prolific as she was complex. Graham created 181 ballets and a dance technique that has been compared to ballet in its scope and magnitude. Her approach to dance and theater revolutionized the art form and her innovative physical vocabulary has irrevocably influenced dance worldwide.