Aboriginal and Torres Strait Islander Histories and Cultures in Mathematics

through the application and evaluation of statistical data.

In Australia, mathematical systems have been developed over tens of thousands of years to create intricate kinship systems.

A description of mathematical concepts of Australian Aboriginal people (From page 11).

Learn how to count to 10 in Gomeroi! Community cultural leader Matthew Priestley has been teaching students at Moree East Public School how to speak the traditional Gomeroi language. Listen as the students teach you.

From The Story of 1, a look at the Walpiri and how they make do without counting.

Presenter Taylor Power-Smith helps us learn to count to ten in Kaurna, the Indigenous language of the Kaurna people of Adelaide and the Adelaide Plains.

Keny, Koodjal, Dambart-One, Two Three. Counting is moorditj And do you know the kala, the colours of the rainbow.

Indigenous Number Systems Numbers in Indigenous languages ws something that was generally collected by linguists, anthropologists and others with interest in Aboriginal and Torres Strait Islander cultures. 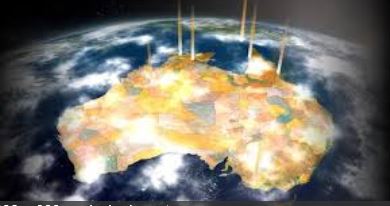