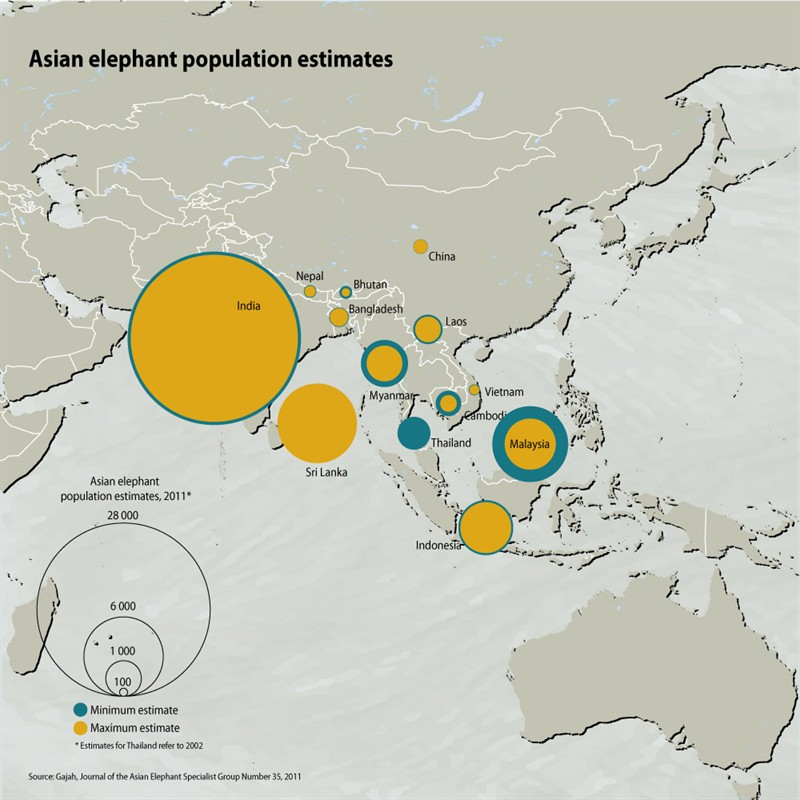 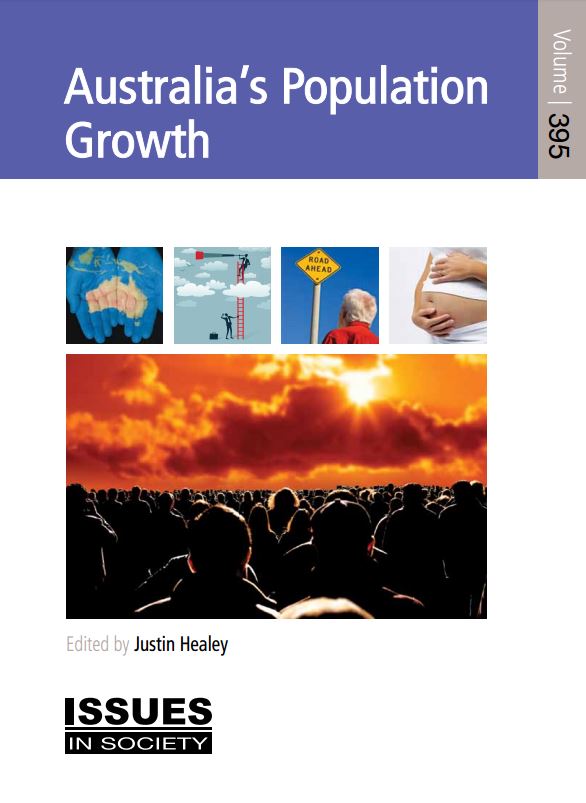 Elephants have disappeared entirely from western Asia, Iran, and most of China.

It is estimated that at the turn of the century there were more than 100,000 elephants in Asia (Santiapillai and Ramono 1992). The actual number of elephants found in the wild then and now can be only rough estimates.

The process of trying to systematically census the densely forested regions of Asia is extremely difficult. In many countries, unfavorable political conditions hamper or prevent census work. 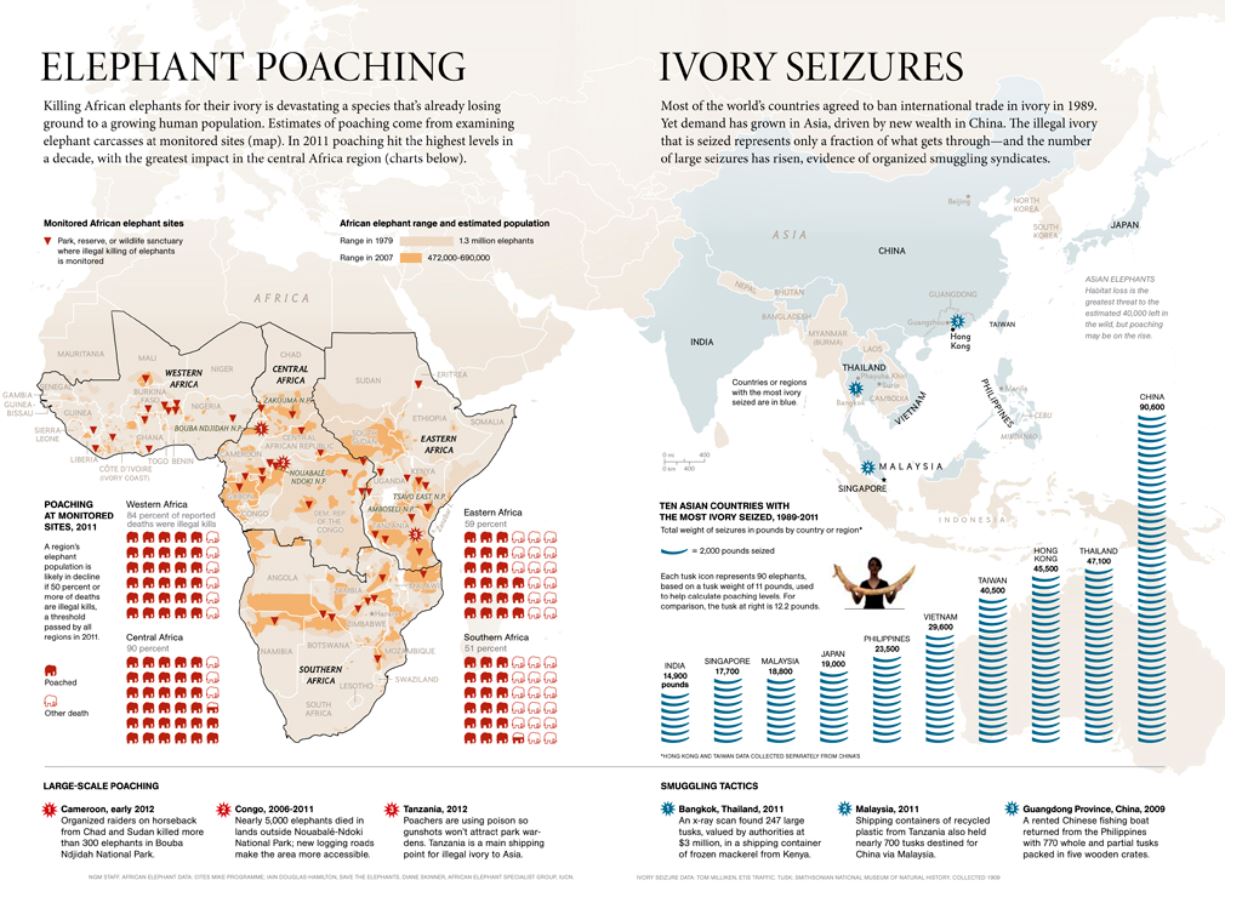 Asian elephants around the world 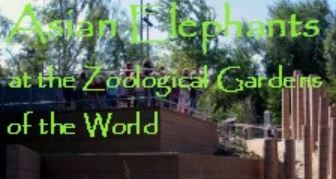 Statistics regarding the number of elephants in zoological gardens around the world. 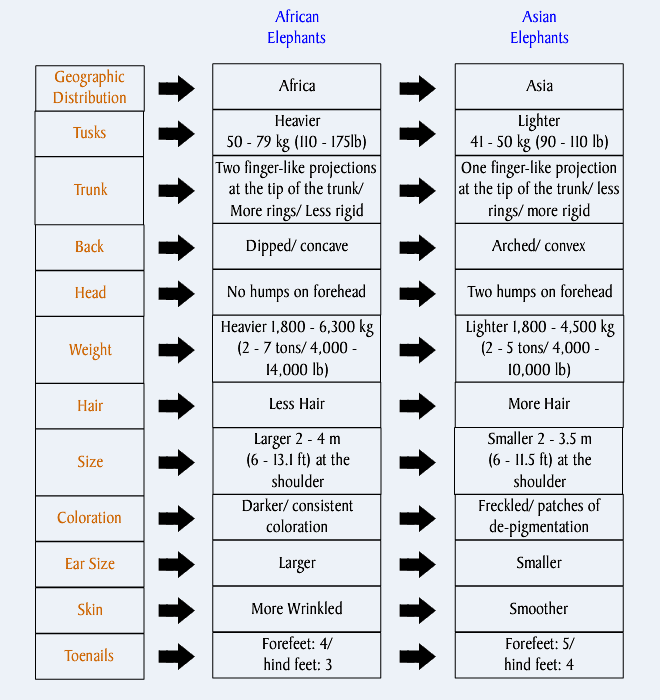 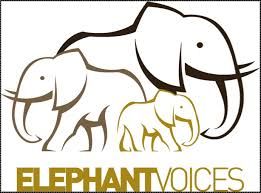