Peter Ackroyd reveals how the radical ideas of liberty that inspired the French Revolution opened up a world of possibility for great British writers such as William Blake, Samuel Taylor Coleridge and William Wordsworth, inspiring some of the greatest works of literature in the English language. Their ideas are the foundations of our modern notions of freedom. This programme in the BBC/OU's Romantics series explores the birth of the individual in modern society. The 18th century was a time of opulence and privilege for some. Europe was dominated by the twin authority of the Church and King - but beneath the surface, new forces were gathering to challenge their absolute rule. The French philosopher, Denis Diderot insisted that men must reason for themselves. His friend, Jean-Jacques Rousseau claimed civilization had corrupted mankind - to free themselves, men must listen to their emotions. Rousseau's writings gave birth to a hope for a new world of liberty, equality and fraternity. These ideas would fuel the greatest social upheaval in history - the French Revolution. In Britain, these 'Romantic' ideals would burst into the public arena in art and poetry. William Blake's engravings and poetry were howls of revolutionary anger: Blake made the liberation of the human spirit his life's work. William Wordsworth and Samuel Taylor Coleridge wrote one of the most powerful revolutionary works of the time; Lyrical Ballads. This volume of poetry was considered so dangerous that even as they composed, Wordsworth and Coleridge were being followed by government spies. This was the greatest period of sustained creativity in English literature - at a time of revolutionary change in which poets had the power to remake the world in their own image

The Romantics - The Romantics were fascinated by the power of wild nature. This episode looks at how the modern notion of nature developed. The Industrial Revolution sought to dominate Nature as a means to create profit. Romantic artists would seek to replace this relationship of domination with one of reverence and understanding. The poet John Clare sought freedom in exploring the countryside around him. But the lands he loved were increasingly seen as units of production. When such lands were officially enclosed by Act of Parliament in 1809, the freedom to roam the countryside was curtailed. This shift in attitudes drove John Clare insane. It drove William Blake to write works of protest, such as the raging, tempestuous 'Jerusalem'. Both William Blake and Samuel Taylor Coleridge sought to understand man's true relation to nature by returning to the source - by observing and writing about the innocence of children. Others sought to reconnect themselves to Nature more directly - such as William Wordsworth, who wrote of his travels to the Alps, the Lake District and the Wye Valley. The ideas of the child, nature and scientific progress would collide in Mary Shelley's Frankenstein. This book is a Romantic manifesto - a warning that nature is not to be trifled with, that children are sacred, and science can corrupt our world. It is also a work of prophecy, still relevant in the 21st century.

Romanticism is a historical movement that still hugely colours how we tend to feel and look at the world: it’s responsible for the way we approach love, nature, business and children. This is its history.

The Keats-Shelley House curator takes a walk through some of the rooms of the museum and explains why this place is so important. 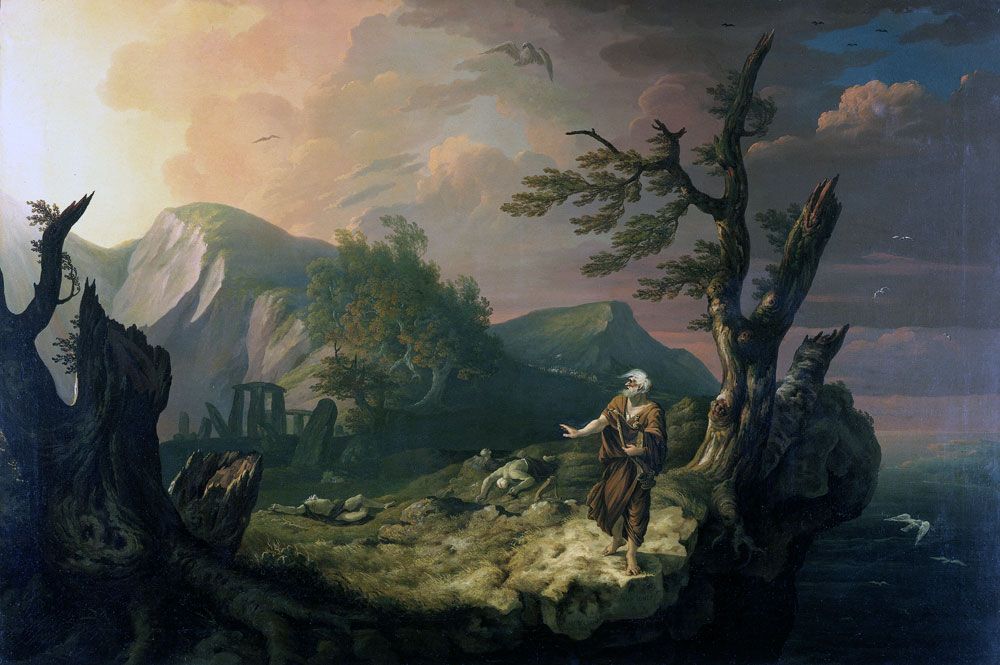 Romantic Circles is a refereed scholarly Website devoted to the study of Romantic-period literature and culture. There is a search function that leads to many articles and sites about major figures in Romantic poetry, including the Romantic poets, William Blake, Lord Byron, Percy Bysshe Shelley, William Wordsworth, John Keats and Samuel Taylor Coleridge.

What inspired the iconic poetry of the Romantic period, and how did the Romantic poets portray landscape, class, radicalism and the sublime?