Benedict of Nursia (c.480–547) is a Christian saint, honored by the Anglican Church and the Catholic Church as the patron saint of Europe and students.

Timeline of St Benedict of Nursia 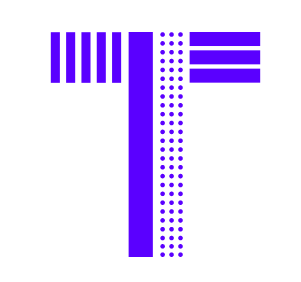 A interactive timeline of St Benedict of Nursia's life

St. Benedict is believed to have been born around 480, as the son to a Roman noble of Norcia and the twin to his sister, Scholastica.

St. Benedict is believed to have been born around 480, as the son to a Roman noble of Norcia and the twin to his sister, Scholastica. Benedict and his sister was born in a noble family. He went to Rome for further studies, but found the life in the city to be very corrupt. This led him to abandon his studies and lead a spiritual life. Watch the amazing story of this Saint today. 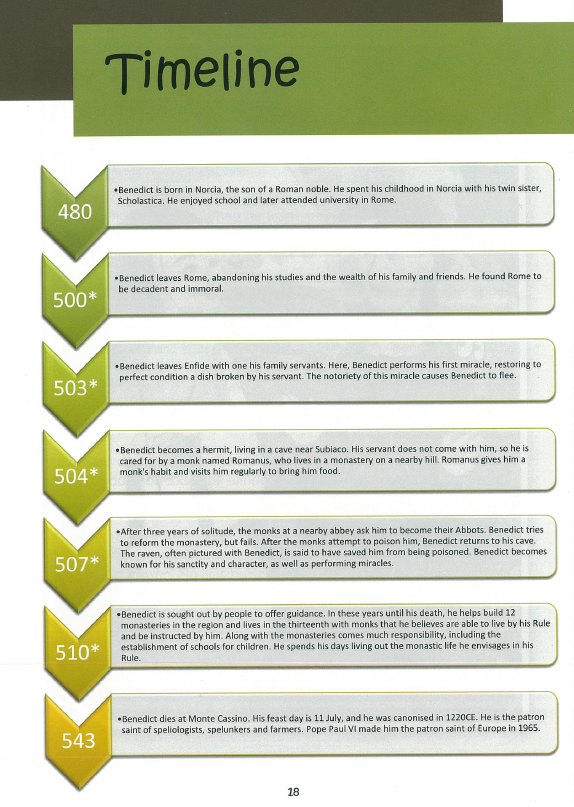 Permission for the use of this publication has been granted by it's creator Monica Dutton. 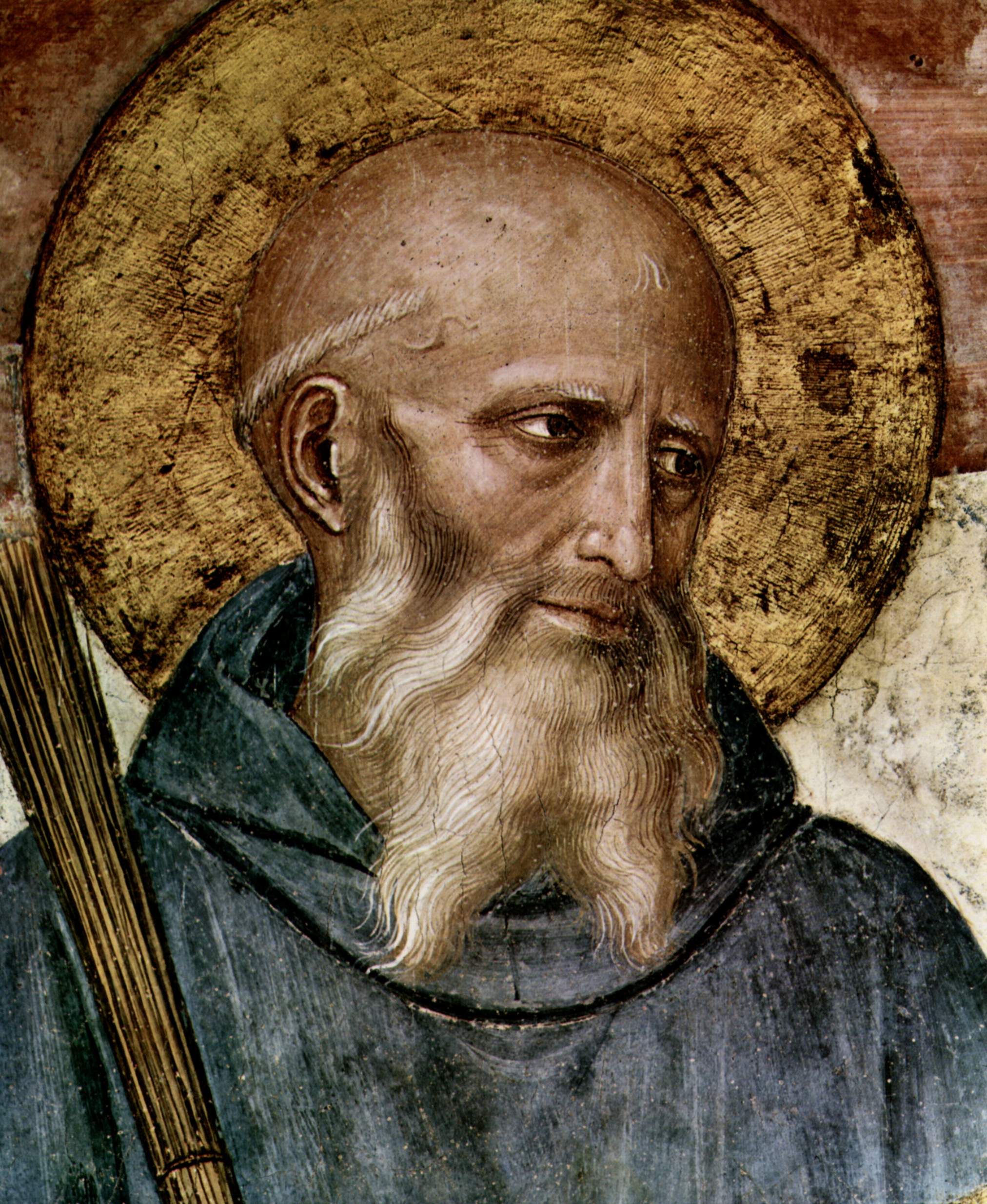 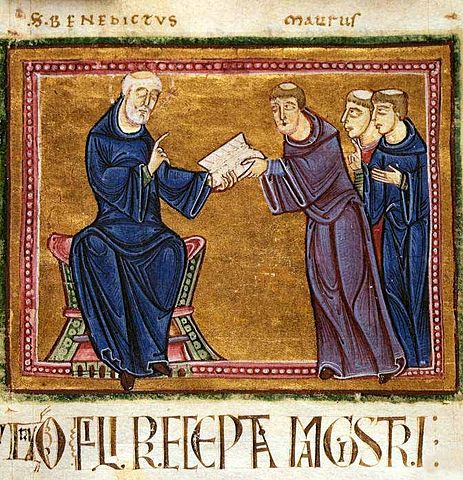 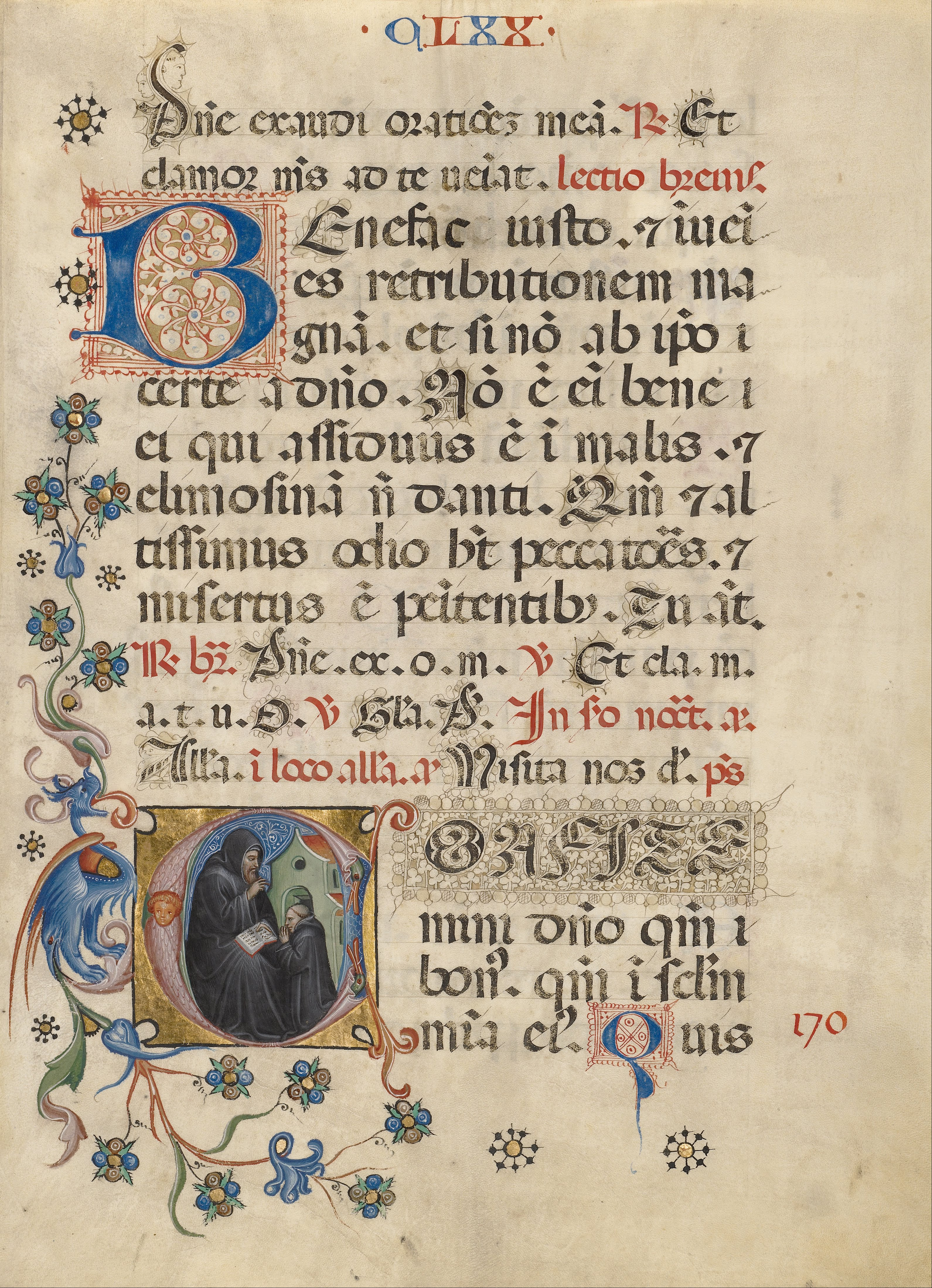 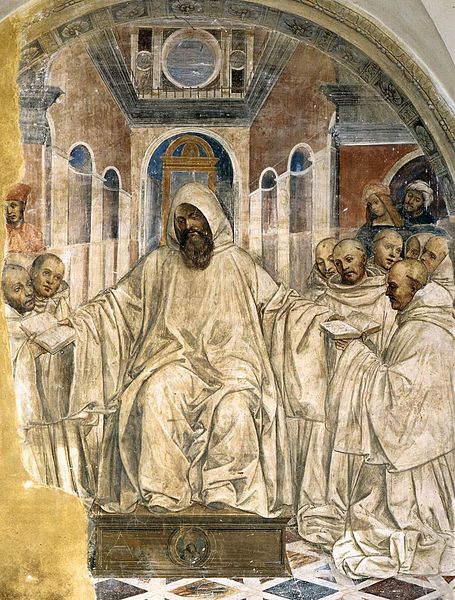 The Life of St Benedict of Nursia 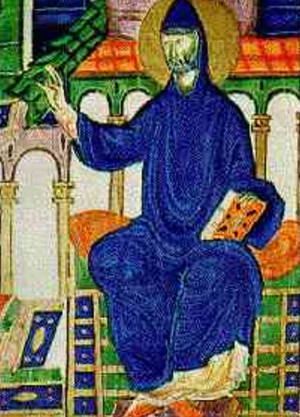 On the occasion of the dedication of the rebuilt monastery of Monte Cassino in 1964, Pope Paul VI proclaimed St. Benedict the principal, heavenly patron of the whole of Europe.﻿ 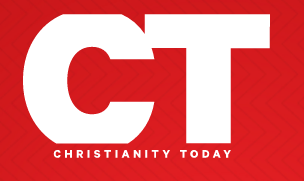 "The good of all concerned, however, may prompt us to a little strictness in order to amend faults and to safeguard love."

In 1964 Pope Paul VI proclaimed Benedict patron saint of all Europe. Although honored as the “father of western monasticism,” Benedict founded no monastic orders. But his rule for governing monastic life came to be adopted by ever larger numbers of monasteries in Europe after the 7th century.

Benedict of Nursia, Saint (480?-547?), was the father of Christian monasticism in the West. He is best known as the author of a rule (set of guidelines for monastic living). His rule emphasized a humane, moderate program of prayer, sacred readings, and manual labor. The simplicity and flexibility of the rule helped it become the most popular rule followed by monks from the 800's on.