Markus Zusak- Why I write

The Book Thief- Quotes and analysis

The Book Thief discussion with actors Geoffrey Rush and Sophie Nélisse, and director Brian Percivalon on November 3, 2013 at the Samuel Goldwyn Theater.

Based on the beloved bestselling book, this film tells the inspirational story of a spirited and courageous young girl who transforms the lives of everyone around her when she is sent to live with a new family in World War II Germany.

Welcome to the LitCharts study guide on Markus Zusak's The Book Thief. Created by the original team behind SparkNotes, LitCharts are the world's best literature guides. 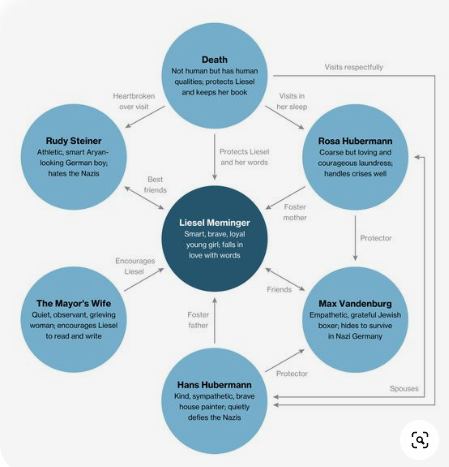 Climax: The fire-bombing of Molching

Point of View: First person omniscient, with Death as the narrator

“I wanted to tell the book thief many things, about beauty and brutality. But what could I tell her about those things that she didn't already know? I wanted to explain that I am constantly overestimating and underestimating the human race-that rarely do I ever simply estimate it. I wanted to ask her how the same thing could be so ugly and so glorious, and its words and stories so damning and brilliant.” Markus Zusak