The Rabbits is a 1999 picture book that depicts rabbits invading a country and displacing the indigenous marsupial population. An allegory for the British colonization of Australia, the story shows how the rabbits' and marsupials' initial neutrality descends into violent conflict and the erasure of the marsupials' culture. As the rabbit population increases, the rabbits radically alter and pollute the landscape while killing large numbers of marsupials

The first Australians and the British, the most powerful Empire in history, come face to face in Sydney on January 26, 1788. Their differences are immense but apprehension quickly turns to curiosity. 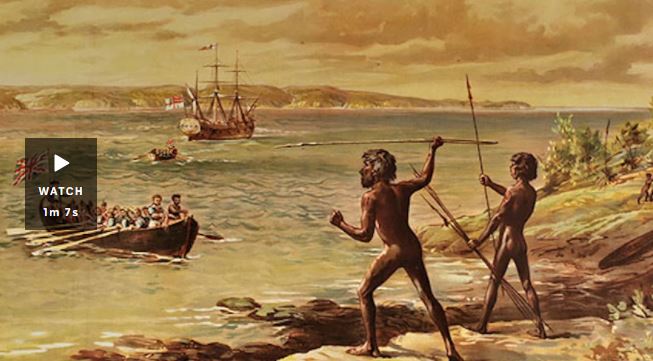 Introduced into Australia with the First Fleet rabbits have become a serious environmental invader. Their rapid spread shows what can happen when a new pest makes it into our country.

We explore the lasting impact of the Endeavour’s arrival on Australia’s first people and learn more about Cook’s arrival as seen by the people who were already here.

Comparison of the 'Landing' 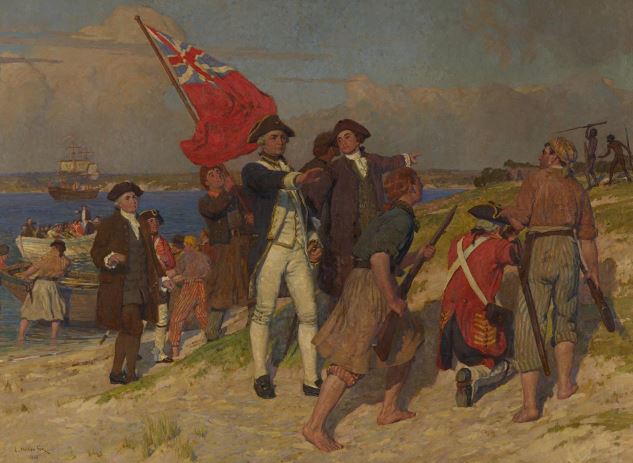 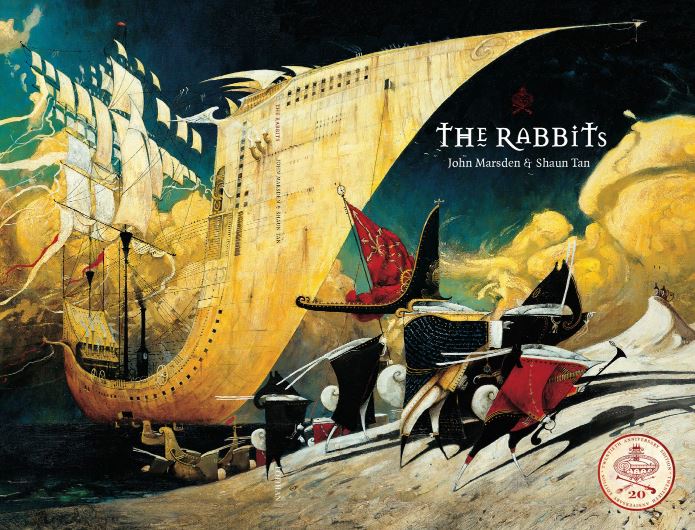 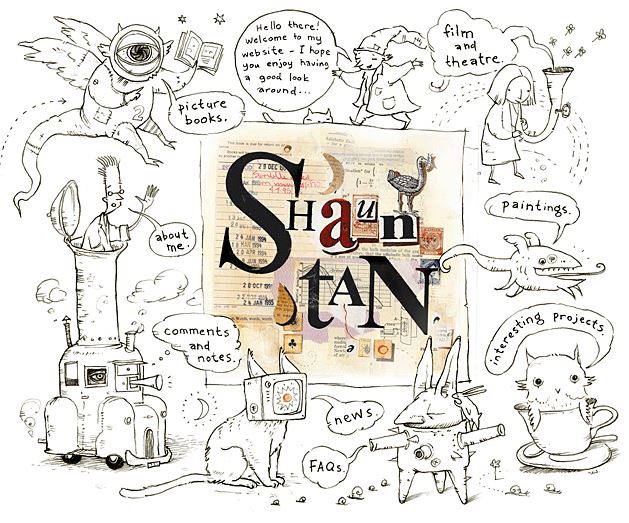 Shaun Tan grew up in Perth and works as an artist, writer and film-maker in Melbourne. He is best known for illustrated books that deal with social and historical subjects through dream-like imagery, widely translated throughout the world and enjoyed by readers of all ages. Shaun is the recipient of an Academy Award for the short animated film The Lost Thing, the prestigious Astrid Lindgren Memorial Award in Sweden and the Kate Greenaway Medal in the UK.

Shaun Tan Essay- An essay written for a Conference in 2002, addressing questions of creativity, style, influence, research and process, mostly focusing on The Rabbits

Rabbiting on- A conversation with Shaun Tan The following interview was originally published in Eidolon magazine in 1999, shortly after publication of the book.

The Looking Glass: New Perspectives on Children's Literature: Who will save us from the rabbits?: rewriting the past allegorically

An interesting, but quite academic, article that examines The Rabbits as an allegory for the European colonisation of Australia and its impact on the original inhabitants of the land.

European wild rabbits are invasive, feral pests throughout much of Australia. They cause considerable damage to the natural environment and to primary production.

An Aboriginal Perspective- The Rabbits

The Rabbits, written by John Marsden and illustrated by Shaun Tan, is “a rich and haunting allegory for all ages, all cultures” (Marsden & Tan 1998). The 32-page picture book is a reference to Australia’s colonial past, exploring the history between British colonisers and Australia’s Indigenous population.