Life in Ancient Greece was not a lot of fun for women. But if you lived in the right city-state or wound up with the right job, things could be a little bit easier. From lady Olympics to religious rites, here’s what life was like for women in Ancient Greece. Name something, literally anything, and Ancient Greek men probably banned women from doing it, watching it, or participating in it. Working? Nuh-uh. Politics? No way. Even just walking around the market? Totally frowned upon. This included the Olympic Games. But women did actually have their own version of the Olympic Games called the Heraean Games. Held every four years, the games consisted of 16 women from various city-states competing in footraces. The winners received olive branch headdresses, plus part of a dead cow, and statues with their names carved on them were dedicated to them. Spartan women apparently won a lot of the time, as you'd expect. Some historians don't believe the Heraean Games actually existed, since there's very little evidence for them. But others say this is just a sign of the insignificance of women to the Ancient Greeks.

Ancient Greek women had very different outcomes in life depending on where they were born, and the class they were born into. Some could be isolated, valued only for their ability to bear children. Some could be prostititutes ...and others could be empowered, tough, capable women who kept society together.

Ancient Athenian vs Spartan Women: the Lives of Women during Ancient times. What was it like to live in Ancient Athens and Sparta as a woman? What were the differences in education, lifestyle, fashion, sex, gender roles, political and economic power? Why are Spartan women regarded as being more liberated than their Athenian counterparts? How oppressed were Ancient Athenian women compared to others?

Women in the ancient Greek world had few rights in comparison to male citizens. Unable to vote, own land, or inherit, a woman's place was in the home and her purpose in life was the rearing of children. That is a general description and when considering Greek women one should remember our sources are incomplete and not always unbiased. 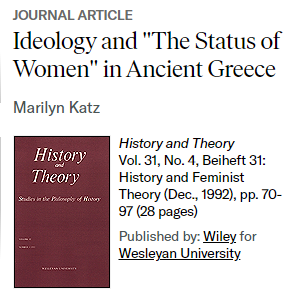 This essay investigates the constitution of the principal research question on women in ancient Greece, namely, the status of women in ancient Athens, and attempts to formulate a historiography for it under three headings. 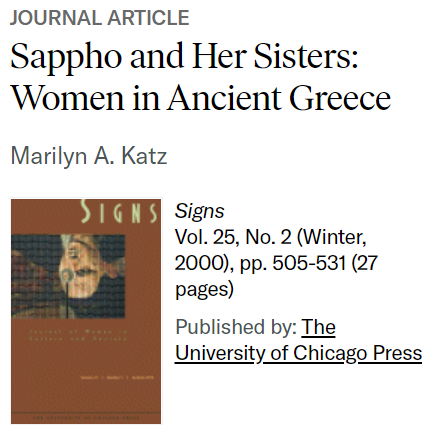 The range of female influence and experience has slowly been brought to the fore: from the divine power of the female gods to the social and religious power of female priests, from the model women of Homer to the anti-heroines of myth and drama, from women who were the power behind the throne to those who wore the crown themselves, from female-enforced prostitution to female-authored sex manuals and poems of !literary genius

Status of Women in Ancient Greece