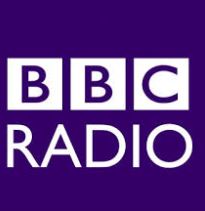 Melvyn Bragg and guests, including Steve Connor and Lawrence Rainey, discuss TS Eliot's seminal poem The Waste Land and its ambivalence to the modern world of technology, democracy and capitalism that was being forged around it.

A whistle-stop tour through the life and legacy of John Keats, from his personal troubles to his veneration as a key figure of the Romantic movement.

Confused by Keats? This video illuminates three vital themes of his poetry: 1) escaping the industrial age; 2) the imagination; and 3) desire and death. Examples are drawn from a selection of poems, but with particular focus on ‘The Eve of St Agnes’. WARNING: This video contains flash photography.

Keats House is where the poet John Keats lived from 1818 to 1820, and is the setting that inspired some of his most memorable poetry.

Byron, Keats and Shelley lived short lives, but the radical way they lived them would change the world. At 19, Shelley wrote The Necessity of Atheism - it was banned and burned, but it freed the Romantics from religion. Through their search for meaning in a world without God, they pioneered the notions of free love, celebrity and secular idolatry that are at the centre of modern Western culture. For them poetry became the new religion, a way of reaching eternity. Their words are brought to life by Nicholas Shaw, Blake Ritson and Joseph Mills

State Library NSW Resources for Advanced English Modules A, B and C

English Romantic lyric poet John Keats was dedicated to the perfection of poetry marked by vivid imagery that expressed a philosophy through classical legend.

Audio Recordings from The Poetry Archive