The Aboriginal community holds valuable knowledge that can be shared with small landholders. Having a better understanding of how First Nations people historically managed the landscape can give you both a sense of connection and a broader context to managing your land. 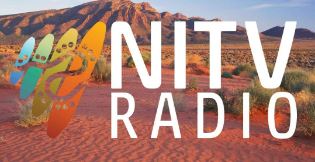 How we can learn for Indigenous Land Care.

Indigenous Australians rights of ownership and management have been recognised over nearly half of Australia and their knowledge systems connect them to their Country and cultures. As significant landowners, managers and custodians, Indigenous peoples are applying their knowledge s in caring for Country, generating many benefits. Indigenous peoples are learning from each about how to build on these successes.

‘Caring for country’ can be understood generally as Indigenous peoples’ approaches to land and water management, although with some central distinctions. ‘Country’ is a term Indigenous people use that can be described as the lands with which Indigenous people have a traditional attachment or relationship.

Lee heads to the Ngarang-Wa Indigenous land on the Gold Coast to find out how Australia's first people looked after and cultivated the land, and how their techniques are used to protect the land in the present day.

This insightful interview with the widely respected Boonwurrung-Yuin Aboriginal author Bruce Pascoe is the latest in our series of short films about the bushfires. Bruce says he has taken solace in how successfully Aboriginal people managed fire and the land for many thousands of years, and invites us to reflect on the lessons we can take with us as we face worsening climate damage. Now more than ever we need to respect and listen to Traditional Owners. You can take a small step in this journey, and help promote the role of Indigenous land management by sharing this with your family and friends.

This film reminds us all as Landcarers that there are many ways of looking at Country and that Country will be healthier if we work in partnership and trust together. People are part of the Country and that means that if we want to heal landscapes, we’ve got to heal people with the landscape. Australia has evolved over thousands of years, with people burning the right way. People have been part of the evolution of all its ecosystems. That's what Aboriginal farm management means. It means being holistic, and embracing interconnectivity and opportunities. It's seeing what’s working with the land, living with the land, being part of the land, and it’s putting people back into the land.

After the horrific summer of bushfires, there was a surge of interest in cultural burning, the way Indigenous Australians managed the land with fire for tens of thousands of years before colonisation. Now in the middle of winter, Indigenous groups around the country are doing what they can to reduce fuel loads and heal country, before summer comes around again.

The cultural heritage of the Wreck Bay Community is deeply embedded in the surrounding land and waters of Jervis Bay. The natural and social histories are intertwined and reflects on relationship between Wreck Bay people and the natural environment, from traditional times until the present day. 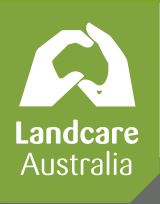 First Nations people have been on Country for at least 50,000 years, an incredibly long time compared to almost all other cultures on earth. Indigenous culture has adapted to massive climate and environmental changes. With climate change steadily progressing to a tipping point, continued large-scale land clearing, recurring droughts, catastrophic bushfires and invasive pest species reducing Australia’s biodiversity and long-term prosperity, navigating our challenging future will require wider sources of knowledge to guide our strategies and environmental management practices.

Historians, writers and academics are now rethinking Australia's perception of Indigenous land management. They argue that the first Australians had complex systems of agriculture that went far beyond the hunter-gatherer tag. They were, in fact, our first farmers, whose intimate knowledge of managing native plants and animals sustained them for thousands of years.

Australia- State of the Environment

For Indigenous people, caring for Country is an obligation and an honour. In caring for Country, Indigenous Australians draw on laws, knowledge and customs that have been inherited from ancestors and ancestral beings, to ensure the continued health of lands and seas with which they have a traditional attachment or relationship. 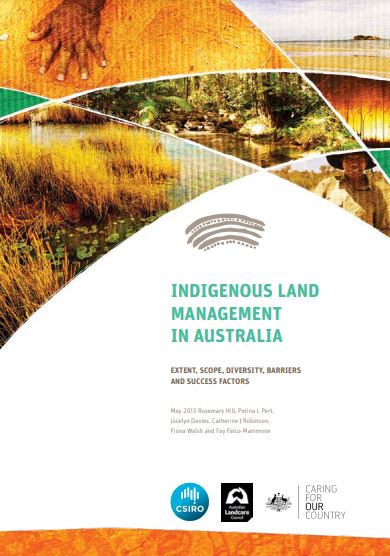 Indigenous land and sea management, also referred to as ‘caring for country’, includes a wide range of environmental, natural resource and cultural heritage management activities undertaken by individuals, groups and organisations across Australia for customary, community, conservation and commercial reasons.