Here are some books that you may find useful during your studies.  Search the Bennies catalogue Accessit or more, or browse the Non-fiction collection NFS. 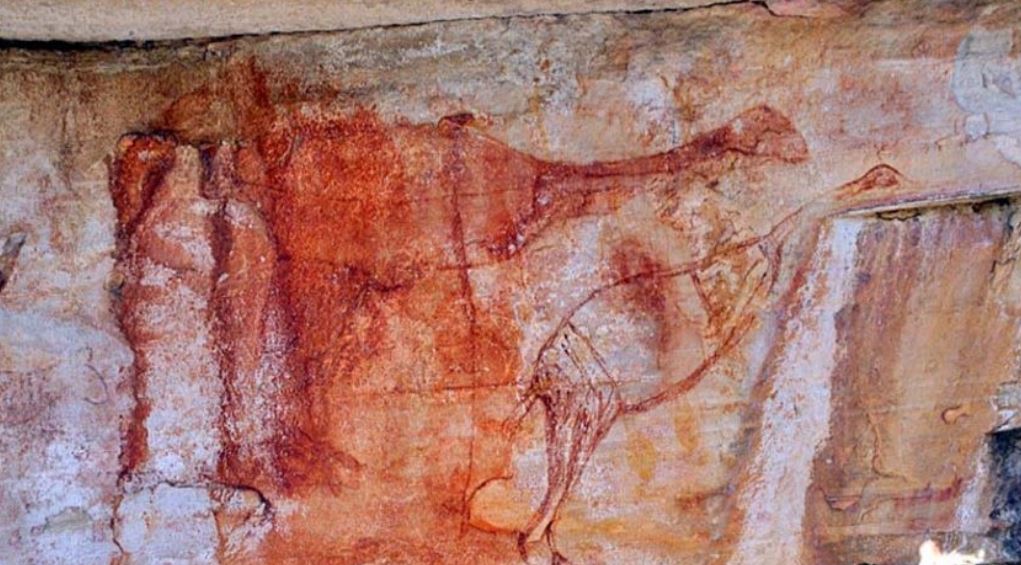 Art and megafauna in the Top End of the Northern Territory, Australia: Illusion or reality?

The Keep River region has a complex body of engraved and painted rock-art, distinct from but with links to regions to the east, west and south. At least four major periods of figurative rock-art have been identified with differing subject matters and ages. Significant changes in depictions of human figures and animals are evident, reflecting shifts in emphasis associated with ecological concerns and environmental change. We flesh out the relative rock-art chronology by highlighting these changes, from worlds dominated by humans to those dominated by mammals and birds, and finally to a recent world of reptiles and humans. Symbolic aspects of the imagery are also considered within a larger ecological approach.

Beneath layers of rock art are drawings of animals SO strange that, for a long time, some anthropologists thought they could only have been imagined. But what if these animals really had existed, after all?

Scattered across the Greater Blue Mountains World Heritage Area (Figure 1) are hundreds of Indigenous rock art sites, many with depictions of animals. Does the distribution of those depicted, particularly mammals, reflect their relationship to the natural habitat at various times in the past or has culture strongly influenced where certain species were portrayed? This key question is pertinent to all rock art bodies, but in the GBMWHA it is important to answer, if rock art is to be used as an indicator of past animal presence.

More than 80 species of large Australian animals, known as megafauna, disappeared in the last 450 – 400 thousand years (Ka), with most of the decline in the past 40 000 years. Australia and New Guinea were part of the larger continent of Sahul during most of the Pleistocene. Rising sea levels separated the modern countries about 8 000 years ago.

Abstract. The numerous published claims concerning the depiction in Australian rock art of megafaunal species or their tracks are examined. Such proposals have appeared for a century now and they have involved both petroglyphs and pictograms. Patterns in the consideration of the evidence presented in their support are analysed and compared with patterns of similar contentions in other parts of the world. The rationales underpinning these various claims are examined and an attempt is presented to explain their apparent causes.

The prehistoric and historic rock art of the Arnhem Land plateau documents faunal change in the north central region of Australia over a long, but as yet undetermined, time. Detailed investigation of the faunal content of these paintings reveals undoubted changes in the communities of the animals depict- ed, particularly in relation to the presence or absence of estuarine and freshwater floodplain species.