In which John Green examines the French Revolution, and gets into how and why it differed from the American Revolution. Was it the serial authoritarian regimes? The guillotine? The Reign of Terror? All of this and more contributed to the French Revolution not being quite as revolutionary as it could have been. France endured multiple constitutions, the heads of heads of state literally rolled, and then they ended up with a megalomaniacal little emperor by the name of Napoleon. But how did all of this change the world, and how did it lead to other, more successful revolutions around the world? Watch this video and find out. Spoiler alert: Marie Antoinette never said, "Let them eat cake." Sorry.

France's national day—celebrated today, July 14—celebrates a moment of violent populist heroics that should swell sympathetic pride in any American's heart.* If you've never quite been sure what Bastille Day is all about, here's everything you need to know about France's hard-won independence day.

So exactly what do French people celebrate on July 14th? Of course, everyone is going to say the Storming of the Bastille! Maybe it is. Maybe it isn’t. The truth is no one really knows! That’s because during the French Revolution, there were two big July 14th!

Bastille Day is a day of celebration in French culture. From morning to night, a wide selection of exceptional events make this anniversary an especially festive one. With a military parade, evenings with dancing, and a fireworks display there is something for all tastes and ages. 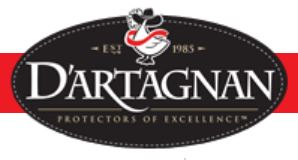 Feasts, fêtes and fireworks are the traditional ways to celebrate Bastille Day, the national day of independence in France. And where there are parties, there is food. While there is no traditional food associated with Bastille Day, many choose to eat peasant food in a nod to the proletariat nature of the uprising that Bastille Day commemorates each July 14th.