One of the most successful health campaigns in Australia's history was launched in 1981, when a cheerful seagull in board shorts, t-shirt and hat danced his way across our TV screens singing the jingle.

SeeUV an augmented reality app. UV it all adds up

“Anywhere you go UV will damage unprotected skin. And it just keeps adding up.”

We usually think of sunburn as something that happens at the beach. But did you know more of us get sunburnt during day-to-day activities like hanging the washing, weekend BBQs or heading outside to grab lunch?

We might not think of these everyday moments as times we need sun protection, but this “incidental” UV damage also contributes to our risk of cancer

What's your cough telling you?

November, Lung Cancer Awareness Month, provides the opportunity to raise community awareness of lung cancer and the signs and symptoms of the disease. Lung cancer is the leading cause of death in Australia with around 12,000 people diagnosed in Australia each year. The symptoms of lung cancer can often be vague and mimic those of other conditions, so it’s important to know what your cough is telling you.

In August 2007, a young Melbourne woman brought the issue of solariums to the attention of many Australians. Battling end-stage melanoma, Clare Oliver had only weeks to live, yet she decided to use her remaining time and energy to make certain other people understood the dangers of solarium use. In the final weeks of her life, Clare's story received significant public and media attention, and, more importantly, she achieved major change. In Victoria, the State Health Minister Daniel Andrews announced that the solarium industry would be regulated and other states have since followed suit. Given the overwhelming public response to Clare's story, Cancer Council Australia and SunSmart, together with support from the Clare Oliver Foundation, decided to make a television commercial featuring footage from Clare's only two television interviews on the ABC's 7:30 Report and 60 Minutes. The advertisement's main message is 'no tan is worth dying for'. In Clare's own words, 'choose life, choose to be fair'. The advertisement was launched in February 2008 and distributed to television networks nationally as a Community Service Announcement.

Thirty years after he first graced our television screens with his Slip, Slop, Slap message, Sid the Seagull is back with a new song that includes all of SunSmart's revised key messages.

Wes was no different to any other Australian young man. He played his cricket, his water skiing. Plus he's down the beach - loved beaches. Wes Bonny died of melanoma, aged 26. This is his story, told by his friends and family.

Watch the story of Wes Bonny who died at the age of just 26. This video is a powerful reminder to defend yourself against the sun's deadly UV rays.

Your skin is like a memory bank – it remembers all the sunburns, all the tans and all the time you spent exposed to the sun’s ultraviolet (UV) radiation, without sun protection. Created by SunSmart Victoria, UV. It all adds up warns that UV damage can still occur during day-to-day activities, challenging the idea that it is only tanners or those with visible signs of sun damage that get skin cancer. 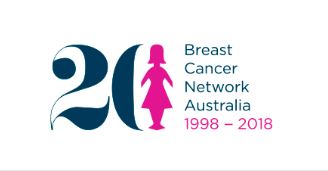 Since 2005 we have delivered public education campaigns to help to reduce skin cancer across the state, by changing peoples' attitudes to sun safety.