Search within the Bennies EBSCO eBook collection with your keywords for example Stalin's five year plan.

In November 1927, Joseph Stalin launched his “revolution from above” by setting two extraordinary goals for Soviet domestic policy: rapid industrialization and collectivization of agriculture. His aims were to erase all traces of the capitalism that had entered under the New Economic Policy and to transform the Soviet Union as quickly as possible, without regard to cost, into an industrialized and completely socialist state.

The piatiletka (Five Year Plan), launched in April 1929, and the creative surge it engendered, covered the immense country with building sites, factories and dams. But these aspects having been adequately dealt with and,propagandized we can turn to the study of other, less eye-catching but no less important or complex phenomena.

Soviet economic growth since 1928, under nine five-year plans, attests to the power of Soviet economic planning. Yet the first plan, far from marking out the road then taken by the economy, proves on ex post analysis to have been unachievable.

A Soviet weekly newspaper today published the most detailed accounting of Stalin's victims yet presented to a mass audience here, indicating that about 20 million died in labor camps, forced collectivization, famine and executions. 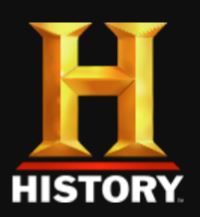 Examines two areas of the industrial revolution in Russia - industrialization which would transform the nation's economy, and agricultural collectivization. This film considers the effects of Stalin's first five year plan on Russian life and the challenge it presented to all the nations of the free world.

In this excerpt of his lecture series “Maps of Meaning” psychology professor Jordan Peterson talks about an especially bleak and horrifying but relatively unknown episode in the history of the Soviet Union - the Dekulakization. He points out how enhanced victimization and the concept of class guilt ultimately led to genocide and the starvation of millions of people

The kulaks were a class of wealthy peasants who had been powerful members of their communities in the years before the Russian Revolution of 1917. In the aftermath of the communist victory the kulaks were portrayed as capitalist class enemies of the new socialist state from whom surplus grain was requisitioned. The introduction of Lenin’s New Economic Policy in 1921 saw the abandonment of forced requisitioning in favour of allowing individuals to sell their surplus for profit in return for paying high taxes. The NEP was abandoned under Stalin, who accused the kulaks of hoarding grain to exploit price rises. In response he introduced forced agricultural collectivisation, which prompted some peasants to burn their crops and barns and kill their animals rather than surrender their property to the collective farms. Angered by this active resistance to collectivisation, on 27 December 1929 Stalin called for the ‘liquidation of the kulaks as a class’ as part of an official policy of dekulakisation. By the end of the following month the Politburo had formalised Stalin’s decree and begun preparations for mass political repressions. Over the next three years kulaks were categorised into different groups, leading to millions of people being arrested, deported, or executed by the secret police, and their property confiscated. Together, collectivisation and dekulakisation were significant factors in causing the Soviet famine of 1932–33 that resulted in the deaths

Mussolini in Italy, Stalin in Russia, Franco in Spain, Tōjō in Japan and Hitler in Germany – all presided over harsh, brutal regimes. Ideologies differed, but their methods of enforcing and maintaining power were similar. This programme studies the rise, decline, and legacy of Stalin after World War I. It is an ideal resource for students of modern European history and politics.

Learn about the downfall of the Romanov dynasty and the evolution of Lenin's Ulyanov family, the Bolsheviks, communism, the notorious Rasputin, rumors of cannibalism and acute poverty during the Russian Revolution.

Population statistics suppressed or hidden during the 1930s are now emerging from the archives of the former Soviet Union. Of foremost importance is the 1937 census, the results of which are now available.

States use repression to enforce obedience, but repression—especially if it is violent, massive, and indiscriminate—often incites opposition. Why does repression have such disparate effects? We address this question by studying the political legacy of Stalin’s coercive agricultural policy and collective punishment campaign in Ukraine, whichled tothe death by starvation of over three million people in 1932–34.

States use repression to enforce obedience, but repression—especially if it is violent, massive, and indiscriminate—often incites opposition. Why does repression have such disparate effects?

Why study the collectivization process once again when it was undone with the restoration of private land ownership and therefore apparently proved outdated by history? This article argues that it is precisely this reintroduction of private property which shows the proceedings of collectivization in a new light and allows fresh insights into the role of violence for social change.

When analysing dekulakisation little attention has been paid to the fact that almost 40% of the total number of the deported were children younger than 16 years of age.

Recent advances in research on the 1932-1933 Soviet famine, most notably the monograph by R. W. Davies and S. G. Wheatcroft [2004, "The Years of Hunger: Soviet Agriculture"