Once personal data is put onto the net (eg. YouTube or even photos, emails etc) it is there forever! It is difficult to get it deleted, and embarrassing material can remain accessible to other people to haunt one, even after one's death!

How are teens being affected by social media? Research suggests the impact is an emotional one.

Social media is dominating most of our attention throughout the day. Yet, is it truly changing our face-to-face relationships? Dr. Dan Siegel, clinical professor of psychiatry at the UCLA School of Medicine reveals how social media is actually physically rewiring our brains.

The Anti-Social Network is a comedic short film about a social media addict named Lucas (played by Sam Mac). He is so consumed, the boundaries between his real life and his virtual reality are obsolete. A chance meeting with a girl named Leila (played by Shae-Lee Shackleford) forces him to come to grips with the ultimate paradox.

The Anti-Social Network was written, directed and produced by Shae-Lee Shackleford. She created the film to be a humorous observation of the social media driven world we live in. The film is aimed to 'poke' fun at is the obsession we have with online interaction, sometimes to the detriment of our real everyday lives and relationships 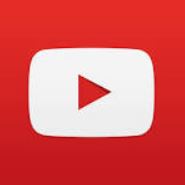 In our digital world, are young people losing the ability to read emotions?

The 4 negative sides of technology

Are We Becoming More Socially Awkward? An Analysis of the Relationship Between Technological Communication Use and Social Skills in College Students.

The Impact of the Internet on Society: A Global Perspective