One of the most famous Victorian women writers, and a prolific poet, Charlotte Brontë is best known for her novels, including Jane Eyre (1847), her most popular.

Charlotte, Emily, and Anne Brontë were sisters who were all famous novelists. Although they originally published their work under male names because they wanted their writing to be taken seriously, their books are now considered some of the greatest works of English literature. The Brontë sisters experienced a life full of hardships, loneliness, illness, and death, which allowed them to fill their work with depth and emotion.

Curator Christine Nelson discusses the exhibition Charlotte Brontë: An Independent Will, on view through January 2, 2017 at the Morgan Library & Museum. 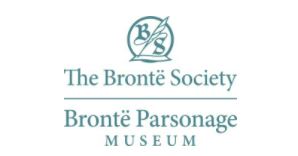 We are one of the oldest literary societies in the world, founded in 1893 and today we have a thriving worldwide membership. The Brontë Society is a charity and while it receives public funding from Arts Council England, it relies heavily on admissions and the generosity of members for its income. It is responsible for running the famous Brontë Parsonage Museum in the picturesque village of Haworth in West Yorkshire, once the home of the Brontë family and also for promoting the Brontës' literary legacy within contemporary society.

From the time Charlotte Brontë’s novel Jane Eyre was first published in 1847, readers have been drawn to the orphan protagonist who declared herself “a free human being with an independent will.” Like her famous fictional creation, Brontë herself took bold steps throughout her life to pursue personal and professional fulfillment. Charlotte Brontë: An Independent Will traces the writer’s life from imaginative teenager to reluctant governess to published poet and masterful novelist.