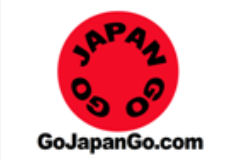 Though they were built to last, and used more stone in their construction than most Japanese buildings, castles were still constructed primarily of wood, and many were destroyed over the years.

A comprehensive guide to Japanese castles.

Japanese castle (城 shiro) is a fortress and samurai lord’s resident constructed with wood and stone. The first form of Japanese castle was the wooden stockade in early centuries, then evolved into their best-known form of powerful and beautiful structure in the 16th century.

For thousands of years foragers ("hunter-gatherers") relied on Japan's forests for food, fuel, fabric, and the simple construction materials of their huts and hand tools. Their cooking fires occasionally ran out of control, and they may have used fire to clear areas for settlement or other use. But essentially Japan's woodlands remained unchanged despite the many millennia of forager activity.

Japanese castles (城 shiro?) were fortresses constructed primarily of wood and stone. They evolved from the wooden stockades of earlier centuries, and came into their best-known form in the 16th century. Castles in Japan were built to guard important or strategic sites, such as ports, river crossings, or crossroads, and almost always incorporated the landscape into their defenses.

Japan's castles are masterworks of wood and stone. They bristled with defenses and functioned as symbols of authority. Today they are cherished local landmarks and popular tourist spots. With their architectural elegance and ingenious fortification, castles have long played a prominent role in Japan. Our expert guest this time is Yoshihiro Senda, the president of Nara University and an archaeologist who specializes in castles. And in Plus One, a famous Japanese castle in the heart of Tokyo.

Japan has hundreds of castles scattered throughout the country from Goryo-kaku in Hakodate, Hokkaido to Shuri Castle in Naha, Okinawa. Many Japanese castles have been restored after damage in World War II, some as recently as only 20 years ago; others are the original, historic buildings.

Japanese castles are fortresses constructed primarily of wood and stone. They evolved from the wooden stockades of earlier centuries, and came into their best-known form in the 16th century.

Fortresses have been built in Japan since early times. A particular need for castles arose in the 15th century after the central government's authority had weakened and Japan had fallen into the chaotic era of warring states (sengoku jidai). During that era, Japan consisted of dozens of small independent states which fought each other and built small castles on top of mountains for defense purposes.

Trees, Forests and Religion in Japan