The Japanese government recently announced plans to release into the sea more than 1 million tonnes of radioactive water from the severely damaged Fukushima Daiichi nuclear plant.

How taking direct action to expose to the public the reality of radioactive dumping rallied enough support to get it banned worldwide.

According to the UN Atlas of the Oceans, the main sources of radionuclides released into the marine environment include nuclear weapon testing’s, fallout from accidents such as the Chernobyl accident in 1986, foundering of nuclear submarines, dumping of nuclear waste into the deep ocean, and discharges from nuclear power plants and nuclear reprocessing plants.

Thousands of cubic metres of radioactive waste lies buried under a concrete dome on the Enewetak Atoll in the Marshall Islands, the legacy of over a decade of US nuclear tests in the Pacific.

WHOI chemist Ken Buesseler discusses radiation in the ocean and the impacts of Fukushima across the Pacific--from Japan to North America.

This video was created by the Woods Hole Oceanographic Institution and the Aquarium of the Pacific to play on NOAA's Science on a Sphere (SOS) system. It explains what is known about radionuclides released from the Fukushima Dai-ichi nuclear power plant and the impact of radiation on marine life and humans.

Japan's government has decided to release contaminated water from the destroyed Fukushima nuclear plant into the nearby Pacific Ocean. A formal announcement about the move was expected in late October, according to reports on October 16, 2020, from Kyodo News agency and other media. The Fukushima Daiichi nuclear plant was crippled by a tsunami triggered by an earthquake in 2011. Since then, more than 1 million tonnes of water used to cool the damaged core of the power station has been stored in huge tanks which will reach capacity by 2022.

The Pacific Ocean is the largest ocean on planet Earth. Stretching from East Asia all the way to West Coast USA. And yet, it could also be one of the most dangerous seas in the world! In this video, Unveiled uncovers why the Pacific Ocean might be radioactive, and what we can do to reduce the amount of harmful pollution that's entering the water.

Centre for Marine and Environmental Radiation

Radioactive Waste Disposal in the Sea (1961) 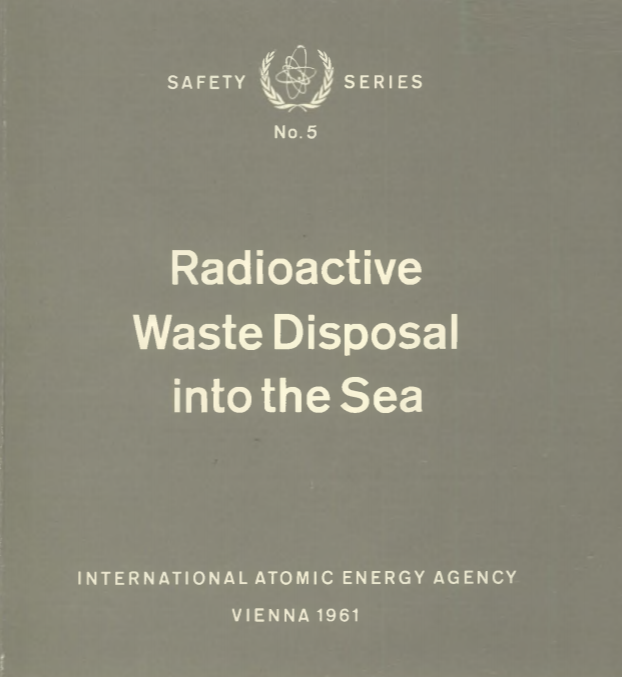