About one-sixth of all the human beings on Earth live in India, the world’s most populous democracy. It is the second most populous country in the world, after China.

India--"Bharat" to most Indians--is the seventh largest country in the world. The Lakshadweep Islands off the southwest coast and the Andaman and Nicobar Islands, 750 miles off the southeast coast in the Bay of Bengal, belong to India. 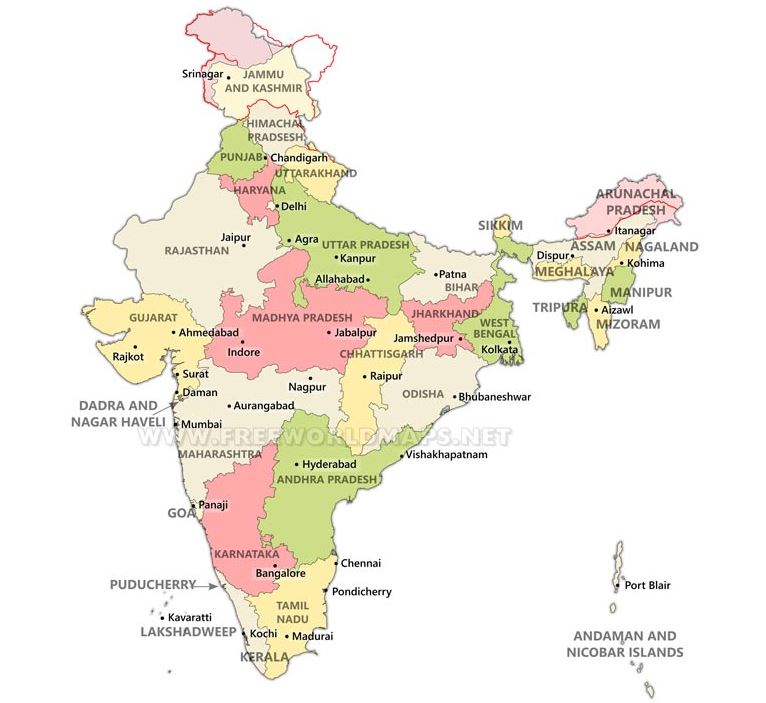 India is a republic country of Asia. In Hindi it is called as Bharat or Hindustan. Situated on Indian plate, it is the seventh largest country in world in area and second largest country in World in terms of population. It has most populous democracy in World and known for its rich culture.

India's economy is growing fast and this is creating pressures on the environment. Can India afford to protect the quality of its environment?

India, officially the Republic of India, is a country in South Asia. It is the second-most populous country, the seventh-largest country by land area, and the most populous democracy in the world.

All you need to know about India

South Asia and India are located on a tectonic plate that has been shifting northward for millions of years. The shifts caused the region to slam into Eurasia, which pushed India up toward the Himalayas and the Tibetan Plateau.