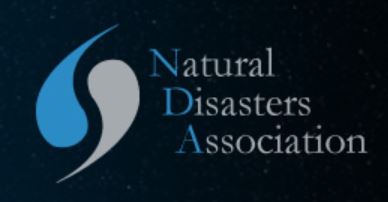 The word avalanche is derived from the French word avalance meaning descent. An avalanche is a mass of snow, often mixed with ice and debris which travels down mountain sides, destroying all in its path.

In this video we examine how an avalanche is triggered, resulting in a dramatic collapse of snow from the mountainside. There are three main elements that make them more likely to occur; the gradient of a slope, the quantity of snowfall and the climate conditions. Avalanches occur most commonly in areas with repeated, heavy snowfall.

Enthusiastic host Anthony discusses the science behind snow avalanches. He covers how conditions form and what triggers them through lively demonstrations.

Richard Hammond investigates the crucial role water plays, in all its forms. He tries to weigh a cloud, finds out how rain could crush a car and gets involved in starting an avalanche. Along the way, he tries to find out why clouds float by building his own cloud. He also drops in on renowned hail scientist Charles Knight in his lab in Boulder, Colorado, to discover that there is far more to hail than meets the eye. Richard joins the WSL Institute for Snow and Avalanche Research SLF as he starts an avalanche in an attempt to find out how something as delicate and fragile as a snowflake can travel at extraordinary speeds of up to 250mph on the ground.

Avalanche. It's a word that strikes fear in the hearts of big mountain skiers the world over. And well it should. Those who've lived through it describe being swallowed by the mountain, buried in the cold and the darkness, slowly suffocating. You can't imagine anything more terrifying. Yet every one of the survivors Liz Hayes met has gone back for more. There's something about hurtling through terrain that no one has skied before that trumps any thought of self-preservation. It's all about adrenalin and pushing the envelope. And for that, these powder hounds are prepared to risk everything.

A large mass of snow moving rapidly down a mountain slope is known as an avalanche. The snow breaks loose from its surroundings and quickly collects more snow as it plunges down slope.

Avalanches are masses of snow, ice, and rocks that fall rapidly down a mountainside.

An avalanche is a rapid flow of snow down a hill or mountainside. Although avalanches can occur on any slope given the right conditions, certain times of the year and certain locations are naturally more dangerous than others.

An avalanche is simply a quick flow of snow down a slope. This happens in a starting zone when the forces on the snow are too heavy for its foundation. The lower they get down the slope, the more they grow in mass because it is accumulating more snow as it goes downhill.