Here are some books that you may find useful during your studies. Search the Bennies catalogue Accessit for more, or browse the Non-fiction collection NFS. 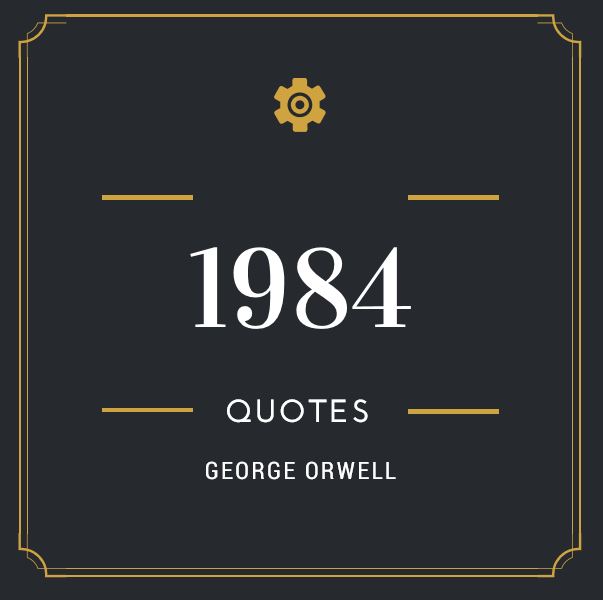 Nineteen Eighty-four, also published as 1984, novel by English author George Orwell published in 1949 as a warning against totalitarianism. The chilling dystopia made a deep impression on readers, and his ideas entered mainstream culture in a way achieved by very few books.

A documentary on George Orwells novel Nineteen Eighty-Four that explores how the dystopian book relates to society today. The documentary investigates the concept of a modern surveillance society informed by information technology, and features interviews with Japanese artists Ryuichi Sakamoto and Mamoru Oshii, as well as Michael Radford, director of the narrative film Nineteen Eighty-Four, which also came out in 1984. George Orwell's acclaimed novel continues to astonish readers around the world. He coined terms such as "telescreen," a device that operates as both television and a security camera, "Big Brother" an absolute dictator, and "War is Peace". The meanings of "freedom" and "expression" are questioned by the fate of a hero and a heroine being oppressed with brainwashing and torture under the extreme surveillance society controlled by a totalitarian government in Nineteen Eighty-Four.

1984 is a 1956 film loosely based on the novel of the same name by George Orwell. This is the first cinema rendition of the story, directed by Michael Anderson, and starring Edmond O'Brien. Also starring are Donald Pleasence, Jan Sterling, and Michael Redgrave. Pleasence also appeared in the 1954 television version of the film, playing the character of Syme, which in the film was amalgamated with that of Parsons. O'Brien, the antagonist, was renamed "O'Connor," possibly to avoid confusion with lead actor Edmond O'Brien. After the customary distributor agreement expired, the film was withdrawn from the theatrical and TV distribution channels by Orwell's estate and was not legally obtainable for many years Eric Arthur Blair (25 June 1903 -- 21 January 1950),known by his pen name George Orwell, was an English novelist, essayist, journalist and critic. His work is marked by lucid prose, awareness of social injustice, opposition to totalitarianism and commitment to democratic socialism.Commonly ranked as one of the most influential English writers of the 20th century and as one of the most important chroniclers of English culture of his generation,Orwell wrote literary criticism, poetry, fiction and polemical journalism. He is best known for the dystopian novel Nineteen Eighty-Four (1949) and the allegorical novella Animal Farm (1945), which together (as of 2009) have sold more copies than any two books by any other 20th-century author. His book Homage to Catalonia (1938), an account of his experiences in the Spanish Civil War, is widely acclaimed, as are his numerous essays on politics, literature, language, and culture. In 2008, The Times ranked him second on a list of "The 50 greatest British writers since 1945". Orwell's work continues to influence popular and political culture, and the term Orwellian — descriptive of totalitarian or authoritarian social practices — has entered the language together with several of his neologisms, including Cold War, Big Brother, thought police, Room 101, doublethink, and thoughtcrime.

George Orwell's novel has been brought up recently. Many terms and facts are used. The world he crafted doses have some similarities, but it in itself is dystopian in its own right. What caused this to happen? What made 1984 such a dark novel that Orwellian is now a term? This is one video to explain.

George Orwell: A Life in Pictures is a 2003 BBC Television docudrama telling the life story of the British author George Orwell. Chris Langham plays the part of Orwell. No surviving sound recordings or video of the real George Orwell have been found.

George Orwell is the most famous English language writer of the 20th century, the author of Animal Farm and 1984. What was he trying to tell us and what is his genius?

In which John Green returns for a dystopian new season of Crash Course Literature! We're starting with George Orwell's classic look at the totalitarian state that could be in post-war England. Winston Smith is under the eye of Big Brother, and making us think about surveillance, the role of government, and how language can play a huge part in repressive regimes.

In which John Green continues discussing George Orwell's 1984. Today we're talking about what the novel 1984 has to say about what some have called today's surveillance society. We'll also look at the idea that language can be used as a means to control people's thoughts. Can something like Newspeak prevent a person from having certain thoughts? I wish I had the words to express how I feel about that. Luckily, John does have the words.

George Orwell (June 25, 1903 to January 21, 1950), born Eric Arthur Blair, was a novelist, essayist and critic best known for his novels Animal Farm and Nineteen Eighty-Four. He was a man of strong opinions who addressed some of the major political movements of his times, including imperialism, fascism and communism.