Silvey's next novel, Jasper Jones, was published in 2009. The novel was wildly successful: it won the Australian Book Industry Awards Book of the Year, the Western Australian Premier's Book Awards fiction prize, and two Indie Awards (Book of the Year and Fiction), and was shortlisted and longlisted for a range of other national and international prizes, including the Miles Franklin Award, the Dylan Thomas prize, and the Dublin Literary Award.

"Jasper Jones," written by author Craig Silvey is the story of thirteen year old Charles "Charlie" Bucktin and his struggle to process and live with the fact that he helped Jasper Jones, the town trouble maker, cover up the death of Laura Wishart.

The story behind 'Jasper Jones'

'Jasper Jones' is a novel that recently featured on a list of '10 Aussie books to read before you die'. Does it belong on the list? Many texts make connections to other texts but is this novel too close a retelling of the classic American novel 'To Kill a Mockingbird'? Explore the concept of 'intertextuality' in this clip.

Students under 15 years of age must supply a permission note signed by a parent or guardian to be able to view this material.

A coming of age story about Charlie Bucktin, a bookish boy of 14. On the night that Jasper Jones, the town's mixed race outcast shows him the dead body of young Laura Wishart, Charlie's life is changed forever. Entrusted with this secret and believing Jasper to be innocent, Charlie embarks on a dangerous journey to find the true killer. Set over the scorching summer holidays of 1969, Charlie defeats the local racists, faces the breakup of his parents and falls head over heels in love as he discovers what it means to be truly courageous

Late on a hot summer night at the tail end of 1965, Charlie Bucktin, a precocious and bookish boy of thirteen, is startled by a knock on his window. His visitor is Jasper Jones. Rebellious, mixed-race and solitary, Jasper is a distant figure of danger and intrigue for Charlie. So when Jasper begs for his help, Charlie eagerly steals into the night by his side, terribly afraid but desperate to impress. Jasper takes him to his secret glade in the bush, and it is here that Charlie bears witness to a horrible discovery. In this simmering summer where everything changes, Charlie learns to discern the truth from the myth. By turns heartbreaking, hilarious, tender and wise, Jasper Jones is a novel to treasure

The story of Jasper Jones is being adapted into a film. Author Craig Silvey talks about his journey from penning the book to developing the screenplay. Director Rachel Perkins describes how the story struck a chord with her and how she expects it to travel in the film world. Local publican Michaela Drake and resident Kuda Roche share their experiences of having a film crew in their quiet South West WA town of Pemberton. Filmed, written and reported by ABC's Roxanne Taylor.

Find out more about how the Jasper Jones creative team brings Craig Silvey's fictional town of Corrigan to life from page to stage.

Hugo Weaving and Aaron McGrath star in Jasper Jones, which was written by its novelist Craig Silvey and directed by Rachel Perkins

The Iris' Larry Heath sits down with Aaron McGrath & Angourie Rice to talk Jasper Jones' big screen adaptation. We find out if either of them have actually read the book, learn more about their roles in the film and talk about their experiences filming in Pemberton, WA

Craig Silvey was only 19 when he finished his first novel, Rhubarb. It was published two years later in 2004 and won Craig the Sydney Morning Herald Best Young Novelist award. The book was hailed by critics and readers alike and was chosen as the 'One Book' for the Perth International Writers' Festival in 2005, and was included in the national Books Alive campaign.

Born in Canberra in 1970, Australian filmmaker Rachel Perkins grew up in the beating heart of Australia’s Indigenous civil rights movement, an experience amplified by the role of her prominent Indigenous activist parents 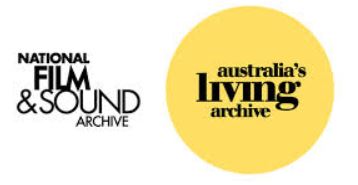 Rachael Perkins- Rachel works from the Blackfella Films office on Sydney Harbour in Gadigal country. She came to filmmaking from Canberra via Alice Springs, and is part of a large family of filmmakers that still work together